Dame Cicely Mary Saunders, (22 June 1918 – 14 July 2005) was an English Doctor, nurse, social worker, physician and writer, an Anglican, and involved with terminal care research and engaged with international universities. She is best known for her role in the birth of the hospice movement, emphasising the importance of palliative care in modern medicine. 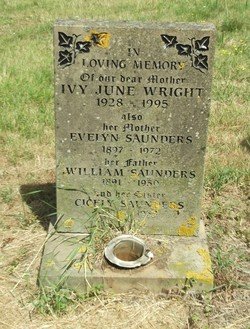 DEATH: Saunders developed breast cancer but still continued to work. She died aged 87 in 2005, at St. Christopher’s Hospice. To mark what would have been her 100th birthday, Google honoured her with a Google Doodle.