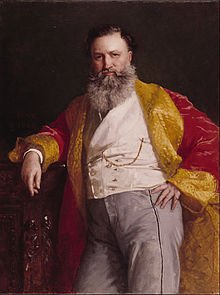 Isaac Merritt Singer (October 27, 1811 – July 23, 1875) was an American inventor, actor, and businessman. He made important improvements in the design of the sewing machine and was the founder of what became one of the first American multi-national businesses, the Singer Sewing Machine Company. 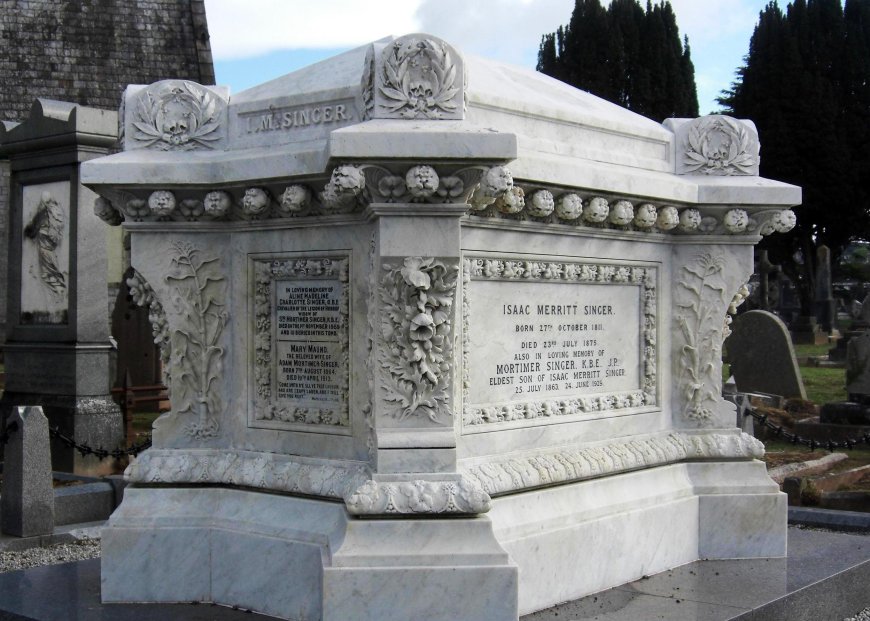 DEATH: Isaac Singer died in 1875, shortly after the wedding of his daughter by Mary Eastwood Walters, Alice, whose dress had cost as much as a London apartment. His funeral was an elaborate affair with eighty horse-drawn carriages, and around 2000 mourners, to see him buried locally, at his request in three layers of coffin (cedar lined with satin, lead, English oak with silver decoration) and a marble tomb.