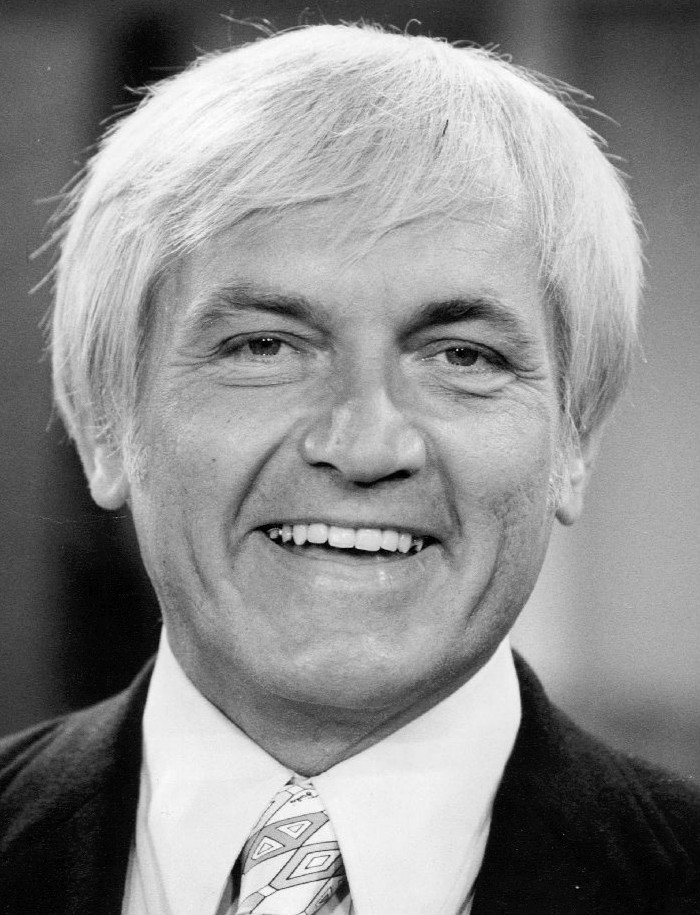 Ted Knight (December 7, 1923 – August 26, 1986) was an American actor and voice artist well known for playing the comedic roles of Ted Baxter in The Mary Tyler Moore Show, Henry Rush in Too Close for Comfort, and Judge Elihu Smails in Caddyshack.

DEATH: Knight continued to work, even after having surgery to remove a tumor from his urinary tract. However, he experienced complications from the surgery and was advised not to resume work on Too Close For Comfort until he recovered. Knight’s condition continued to worsen and he died on August 26, 1986, at age 62.

Knight was interred in the Forest Lawn Memorial Park in Glendale, California. His grave marker bears the name Theodore C. Konopka (and, at the bottom, the words “Bye Guy”, a reference to his Ted Baxter catchphrase “Hi, guy!”)