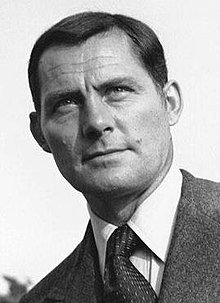 Robert Archibald Shaw (9 August 1927 – 28 August 1978) was an English actor, novelist, and playwright. He was nominated for an Oscar and a Golden Globe for his role as Henry VIII in the drama film A Man for All Seasons (1966). He played the conned mobster Doyle Lonnegan in The Sting (1973), and portrayed the shark hunter Quint in Jaws (1975).

DEATH: Shaw died in Ireland at the age of 51 from a heart attack on 28 August 1978, while driving from Castlebar, County Mayo, to his home in Tourmakeady. He suddenly became ill, stopped the car, stepped out, and then collapsed and died on the roadside. He was rushed to Castlebar General Hospital, where he was pronounced dead. He had just completed acting in the film Avalanche Express. His body was cremated and its ashes scattered near his home in Tourmakeady. A stone memorial to him was unveiled there in his honour in August 2008.