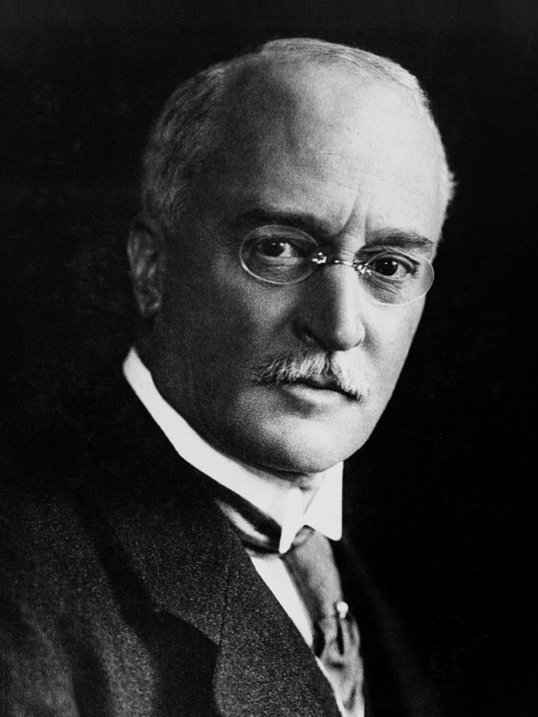 Rudolf Christian Karl Diesel (German: [ˈdiːzl̩]; 18 March 1858 – 29 September 1913) was a German inventor and mechanical engineer, famous for the invention of the diesel engine, and for his mysterious death at sea.

DEATH: On the evening of 29 September 1913, Diesel boarded the GER steamer SS Dresden in Antwerp on his way to a meeting of the Consolidated Diesel Manufacturing company in London, England. He took dinner on board the ship and then retired to his cabin at about 10 p.m., leaving word to be called the next morning at 6:15 a.m.; but he was never seen alive again. In the morning his cabin was empty and his bed had not been slept in, although his nightshirt was neatly laid out and his watch had been left where it could be seen from the bed. His hat and neatly folded overcoat were discovered beneath the afterdeck railing.
Ten days later, the crew of the Dutch boat Coertzen came upon the corpse of a man floating in the North Sea near Norway. The body was in such an advanced state of decomposition that it was unrecognizable, and they did not bring it aboard. Instead, the crew retrieved personal items (pill case, wallet, I.D. card, pocketknife, eyeglass case) from the clothing of the dead man, and returned the body to the sea. On 13 October, these items were identified by Rudolf’s son, Eugen Diesel, as belonging to his father. On 14 October 1913 it was reported that Diesel’s body was found at the mouth of the Scheldt by a boatman, but he was forced to throw it overboard because of heavy weather