Herbert Clark Hoover (August 10, 1874 – October 20, 1964) was an American engineer, businessman and politician who served as the 31st President of the United States from 1929 to 1933 during the Great Depression. A Republican, as Secretary of Commercein the 1920s he introduced themes of efficiency in the business community and provided government support for standardization, efficiency and international trade. As president from 1929 to 1933, his domestic programs were overshadowed by the onset of the Great Depression. Hoover was defeated in a landslide election in 1932 by Democratic Franklin D. Roosevelt. After this loss, Hoover became staunchly conservative, and advocated against Roosevelt’s New Deal policies. 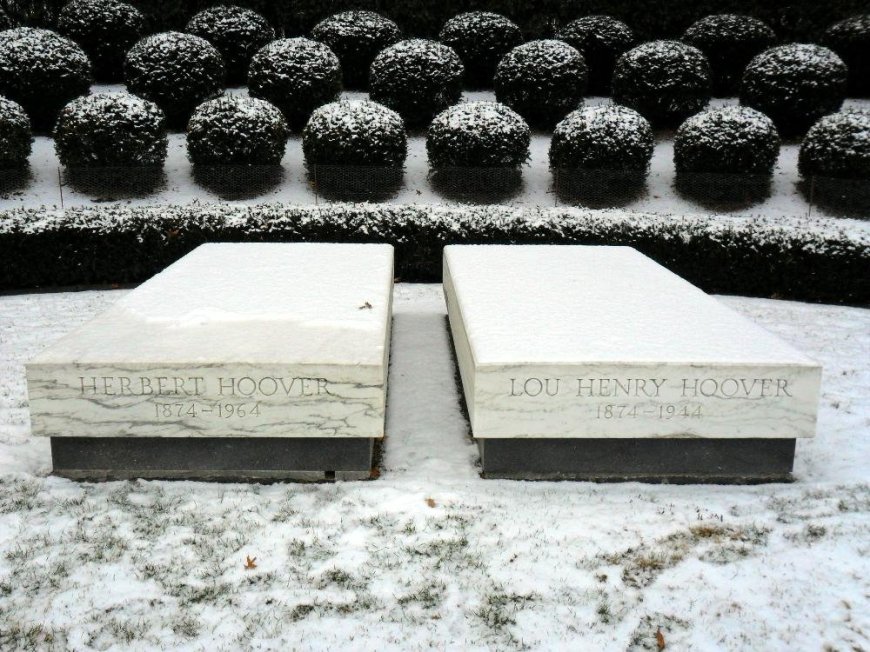 DEATH: Hoover faced three major illnesses during the last two years of his life, including an August 1962 operation in which a growth on his large intestine was removed. He died on October 20, 1964 in New York City following massive internal bleeding. Though Hoover’s last spoken words are unknown, his last known written words were a get well message to his friend Harry Truman, six days before his death, after he heard that Truman sustained injuries from slipping in a bathroom: “Bathtubs are a menace to ex-presidents for as you may recall a bathtub rose up and fractured my vertebrae when I was in Venezuela on your world famine mission in 1946. My warmest sympathy and best wishes for your recovery.” Two months earlier, he had become only the second U.S. president to reach age 90, joining John Adams. When asked how he felt on reaching the milestone, Hoover replied, “Too old.” (Four subsequent presidents have outlived them both: Jimmy Carter, Gerald Ford, Ronald Reagan and George H. W. Bush.) At the time of his death Hoover had been out of office for over 31 years (11,553 days altogether). This was the longest retirement in presidential history until Jimmy Carter broke that record in September 2012.