Hattie McDaniel (aged 59)
Actress (“Mammy” in Gone with the Wind ) 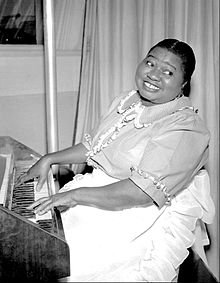 Hattie McDaniel (June 10, 1893 or 1895 –October 26, 1952) was an American stage actress, professional singer-songwriter, and comedian. She is best known for her role as “Mammy” in Gone with the Wind (1939), for which she won the Academy Award for Best Supporting Actress, the first Academy Award won by an African American entertainer. 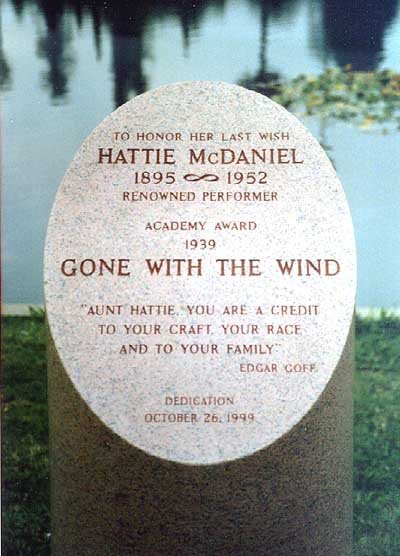 DEATH: McDaniel died of breast cancer at age 59 on October 26, 1952, in the hospital on the grounds of the Motion Picture House in Woodland Hills, California. She was survived by her brother Sam McDaniel. Thousands of mourners turned out to celebrate her life and achievements. In her will, McDaniel wrote, “I desire a white casket and a white shroud; white gardenias in my hair and in my hands, together with a white gardenia blanket and a pillow of red roses. I also wish to be buried in the Hollywood Cemetery”; Hollywood Cemetery, on Santa Monica Boulevard in Hollywood, is the resting place of movie stars such as Douglas Fairbanks and Rudolph Valentino. Its owner at the time, Jules Roth, refused to allow her to be buried there, because, at the time of McDaniel’s death, the cemetery practiced racial segregation and would not accept the remains of black people for burial. Her second choice was Rosedale Cemetery (now known as Angelus-Rosedale Cemetery), where she lies today.