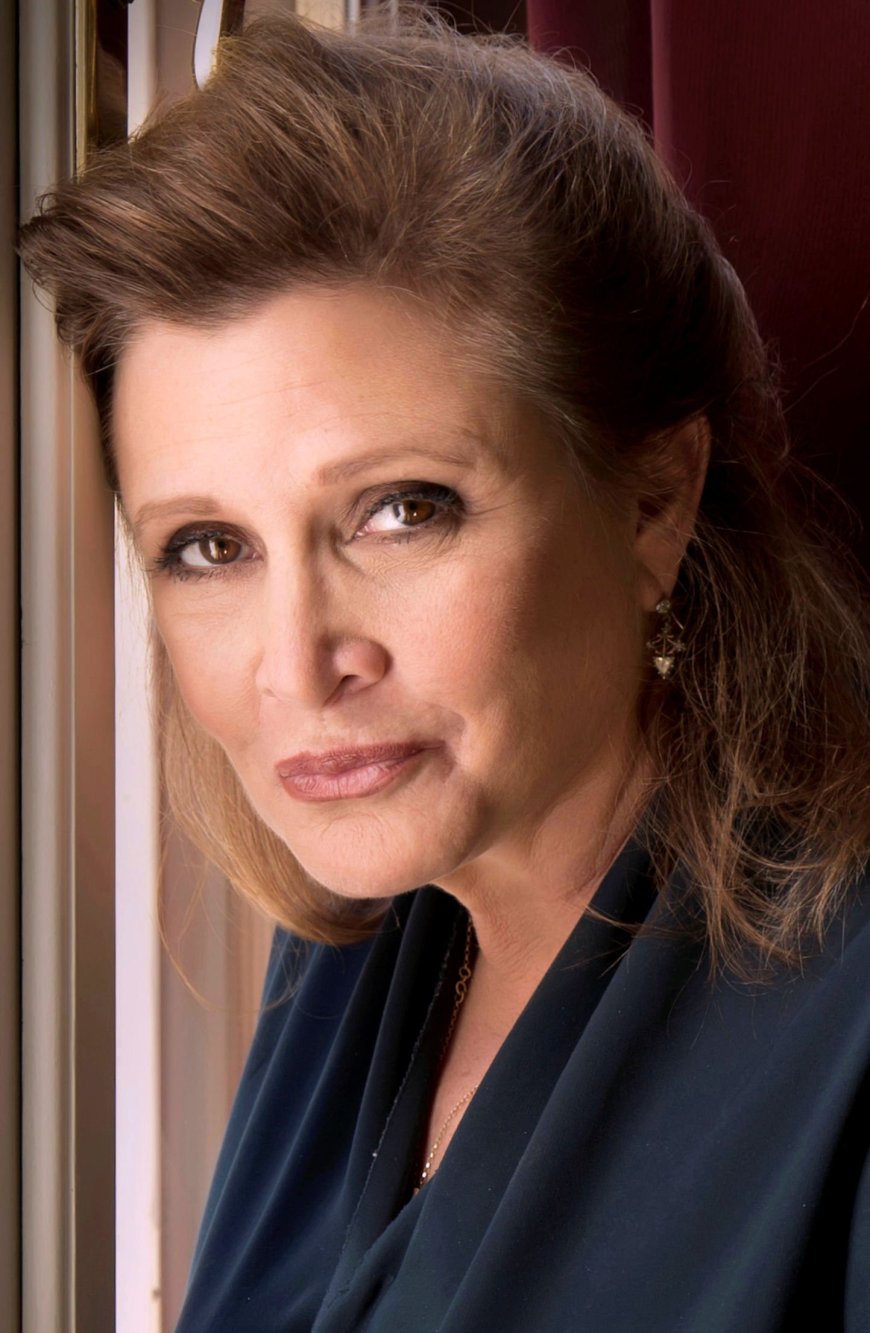 Carrie Frances Fisher (October 21, 1956 – December 27, 2016) was an American actress, writer, and comedian. Fisher is known for playing Princess Leia in the Star Wars films, a role for which she was nominated for four Saturn Awards. Her other film credits include Shampoo , The Blues Brothers, Hannah and Her Sisters, The ‘Burbs, When Harry Met Sally…, Soapdish , and The Women . She was nominated twice for the Primetime Emmy Award for Outstanding Guest Actress in a Comedy Series for her performances on the television series 30 Rock and Catastrophe. She was posthumously made a Disney Legend in 2017, and in 2018 she was awarded a posthumous Grammy Award for Best Spoken Word Album. 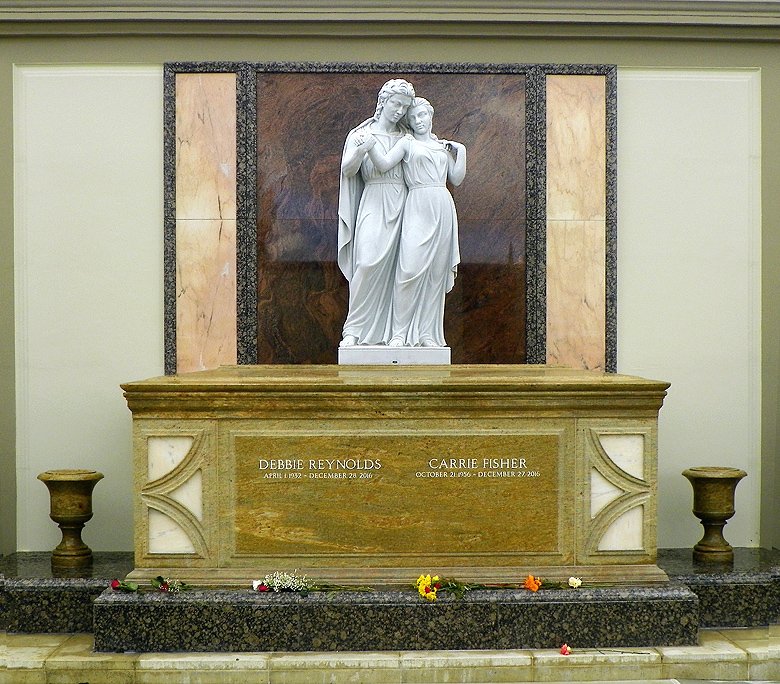 DEATH: After finishing the European leg of her book tour (her last TV appearance was on an episode of The Graham Norton Show recorded four days before her death) Fisher was on a commercial flight on December 23, 2016, from London to Los Angeles when she suffered a medical emergency around fifteen minutes before the aircraft landed. A passenger seated near Fisher reported that she had stopped breathing; another passenger performed CPR on Fisher until paramedics arrived at the scene. Emergency services in Los Angeles were contacted when the flight crew reported a passenger in distress prior to landing. Fisher was taken by ambulance to the Ronald Reagan UCLA Medical Center, where she was placed on a ventilator. –
On the morning of December 27, 2016, after being in intensive care for four days, Fisher died at the age of 60 at the UCLA Medical Center. Fisher’s daughter, Billie Lourd, confirmed her mother’s death in a statement to the press. Many of her co-stars and directors from Star Wars and other works also shared their thoughts on her death. –
On January 9, 2017, the Los Angeles County Department of Public Health issued a death certificate that stated “cardiac arrest/deferred” as the cause of death. More tests were expected. In a June 16, 2017, news release, the Los Angeles County coroner’s office said that the exact cause of death could not be determined, but sleep apnea and the buildup of fatty tissue on the walls of arteries were among the contributing factors. A full report from June 19, 2017, stated that Fisher had cocaine in her system, as well as traces of heroin, other opiates, and MDMA. The report also stated that the investigation was unable to determine when she had taken the drugs, and whether they contributed to her death.Her daughter Billie Lourd stated that Fisher “battled drug addiction and mental illness her entire life [and] ultimately died of it. She was purposefully open in all of her work about the social stigmas surrounding these diseases… I know my Mom, she’d want her death to encourage people to be open about their struggles.” –
The day after Fisher’s death, her mother Debbie Reynolds suffered a stroke at the home of son Todd, where the family was planning Fisher’s burial arrangements. She was taken to a hospital, where she died later that afternoon.According to Todd Fisher, Reynolds had said, “I want to be with Carrie” immediately prior to suffering the stroke. On January 5, 2017, a joint private memorial was held for Fisher and Reynolds. A portion of Fisher’s ashes were laid to rest beside Reynolds in a crypt at Forest Lawn Memorial Park in Hollywood Hills. The remainder of her ashes are held in a giant, novelty Prozac pill.