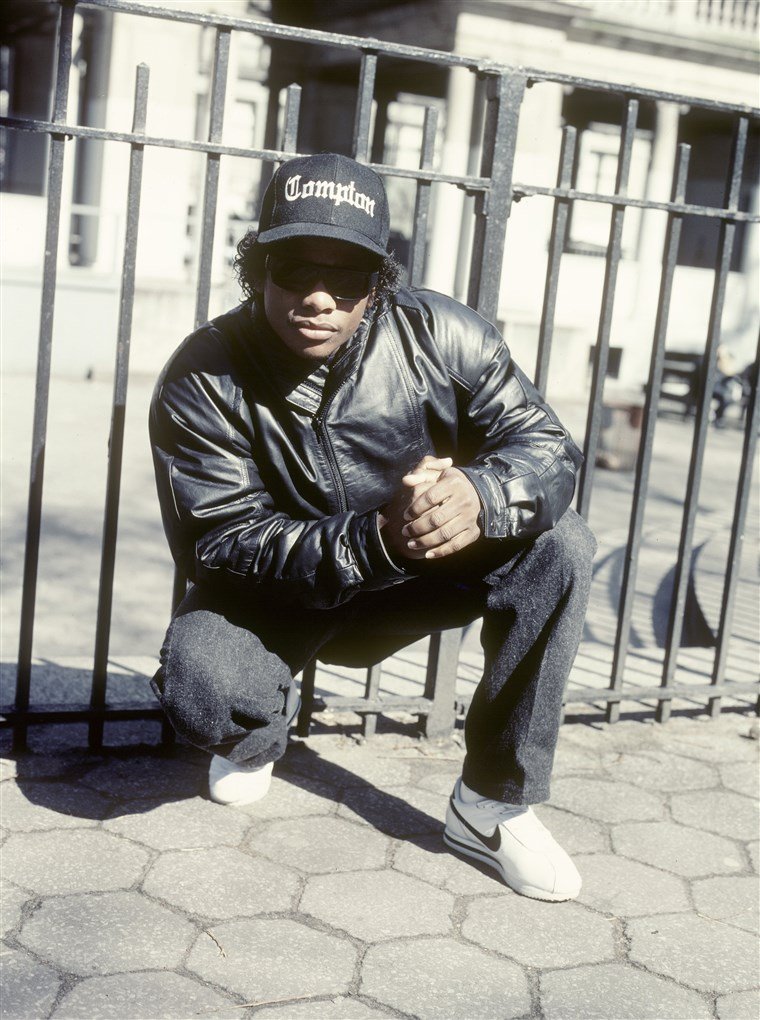 Eric Lynn Wright (September 7, 1964 – March 26, 1995), known professionally as Eazy-E, was an American rapper, record producer, and entrepreneur. Dubbed the “Godfather of Gangsta Rap”, he gained prominence for his work with N.W.A, where he has been credited for pushing the boundaries of lyrical and visual content in mainstream popular music. 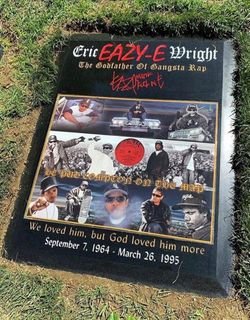 DEATH: On February 24, 1995, Wright was admitted to the Cedars-Sinai Medical Center in Los Angeles with a violent cough. He was diagnosed with AIDS. He announced his illness in a public statement on March 16, 1995. It is believed Wright contracted the infection from a sexual partner. During the week of March 20, having already made amends with Ice Cube, he drafted a final message to his fans.On March 26, 1995, Eazy-E died from complications of AIDS, one month after his diagnosis. He was 30 years old (most reports at the time said he was 31 due to the falsification of his date of birth by one year). He was buried on April 7, 1995 at Rose Hills Memorial Park in Whittier, California. Over 3,000 people attended his funeral, including Jerry Heller and DJ Yella. He was buried in a gold casket, and instead of wearing a suit and tie, Eazy-E was dressed in a flannel shirt, a Compton hat and jeans. On January 30, 1996, ten months after Eazy-E’s death, his final album, Str8 off tha Streetz of Muthaphukkin Compton was released.