Harvey Herschel Korman (February 15, 1927 – May 29, 2008) was an American actor and comedian who performed in television, film productions, and as a voice artist. His big break was being a featured performer on CBS’ The Danny Kaye Show. But he is best remembered for his performances on the sketch comedy series The Carol Burnett Show for which he won four Emmy Awards. Korman also appeared in several comedy films by Mel Brooks. 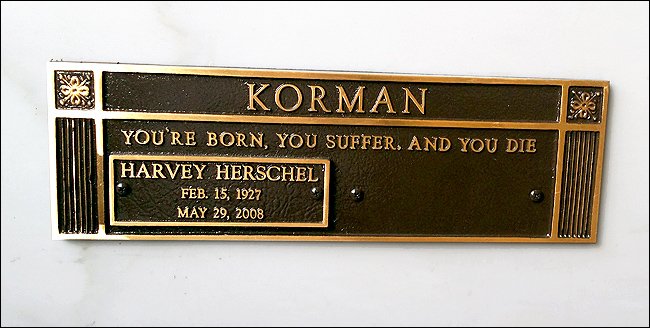 DEATH: Korman died at the age of 81 on May 29, 2008, at UCLA Medical Center, as the result of complications from a ruptured abdominal aortic aneurysm he had suffered four months earlier. His grave is at Santa Monica’s Woodlawn Cemetery.