Eli Herschel Wallach (December 7, 1915 – June 24, 2014) was an American film, television and stage actor whose career spanned more than six decades, beginning in the late 1940s. Trained in stage acting, which he enjoyed doing most, he became “one of the greatest ‘character actors’ ever to appear on stage and screen”, with over 90 film credits. On stage, he often co-starred with his wife, Anne Jackson, becoming one of the best-known acting couples in the American theater. As a stage and screen character actor, Wallach had one of the longest ever careers in show business, spanning 62 years from his Broadway debut to his last major Hollywood studio movie. 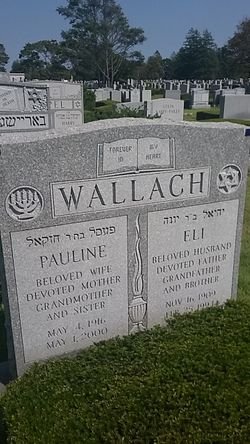 DEATH: Wallach died on June 24, 2014, of natural causes at the age of 98. He was survived by his wife of 66 years, three children, three grandchildren and a great-grandchild. His body was cremated.
Katherine Wallach told The New York Times Anne Jackson died on April 14, 2016, aged 90, at her home in Manhattan.