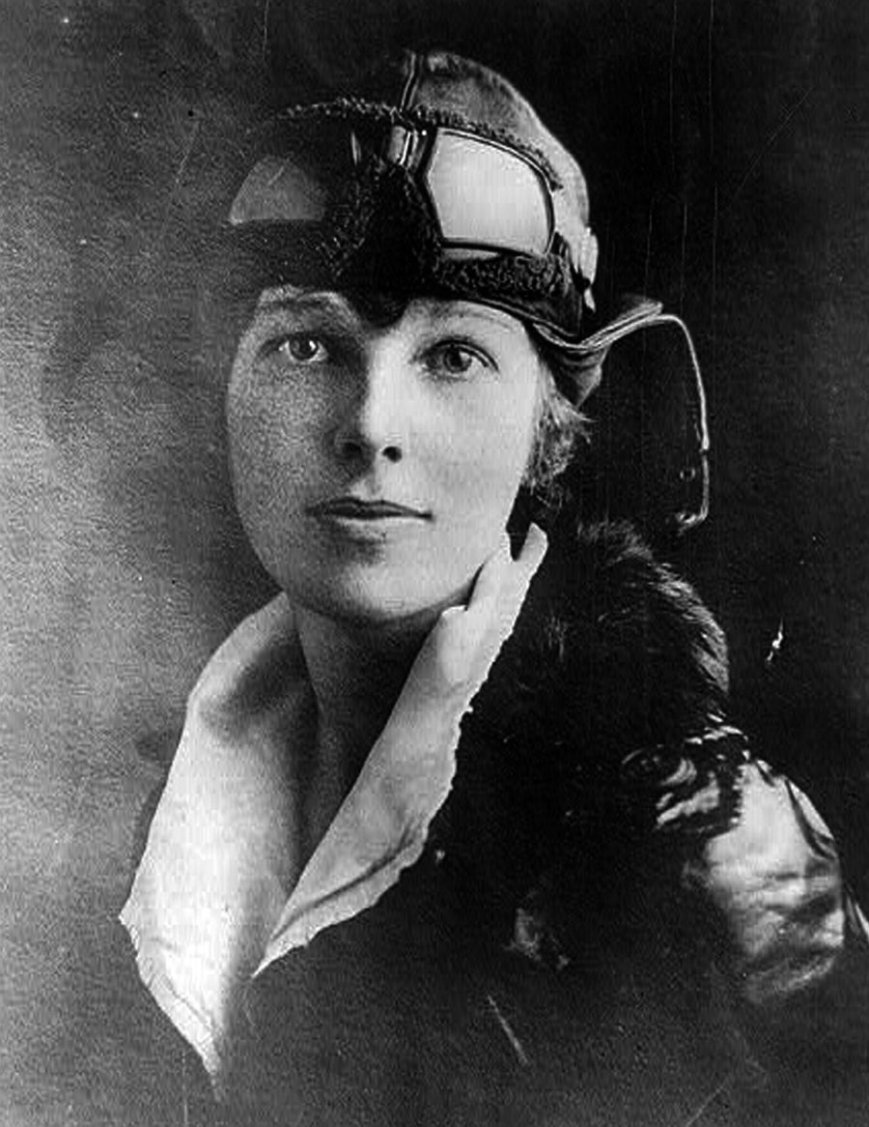 Amelia Mary Earhart (born July 24, 1897; disappeared July 2, 1937) was an American aviation pioneer and author. Earhart was the first female aviator to fly solo across the Atlantic Ocean. She received the United States Distinguished Flying Cross for this accomplishment. She set many other records, wrote best-selling books about her flying experiences and was instrumental in the formation of The Ninety-Nines, an organization for female pilots. In 1935, Earhart became a visiting faculty member at Purdue University as an advisor to aeronautical engineering and a career counselor to women students. She was also a member of the National Woman’s Party and an early supporter of the Equal Rights Amendment. 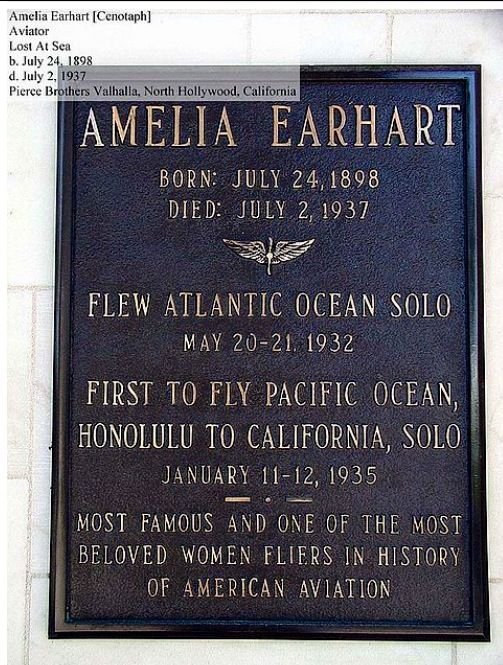 DEATH: The unresolved circumstances of Earhart’s disappearance, along with her fame, attracted a great body of other claims relating to her last flight. Several unsupported theories have become known in popular culture.