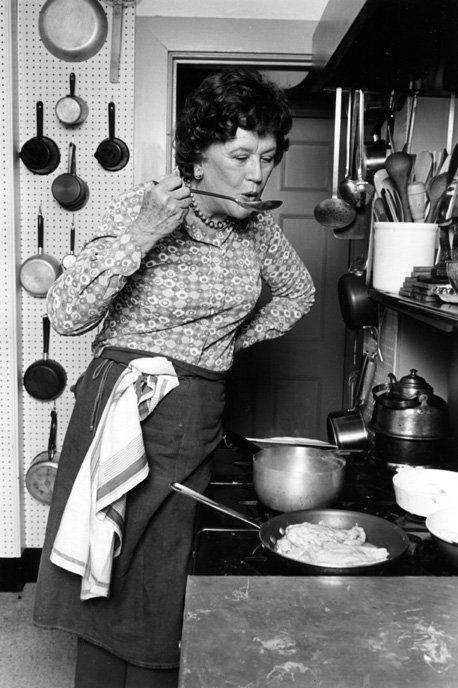 Julia Carolyn Child ( McWilliams; August 15, 1912 – August 13, 2004) was an American chef, author and television personality. She is recognized for bringing French cuisine to the American public with her debut cookbook, Mastering the Art of French Cooking, and her subsequent television programs, the most notable of which was The French Chef, which premiered in 1963.

DEATH: On August 13, 2004, Child died of kidney failure in Montecito, California, two days before her 92nd birthday. Her last meal was French onion soup. Child ended her last book, My Life in France, with “… thinking back on it now reminds that the pleasures of the table, and of life, are infinite – toujours bon appétit!”